I complain too much on this blog so lemme do a post where there’s none*. I know, this is really strange territory for me. Just kidding. I’m not that much of a dream destroyer. only every other Wednesday and Saturday, I’ll have you know, do I take the dreams of children and feed them to my beast babies.

*lol I’ll always complain. seriously. always. thing is, its not really complaining, its EXPRESSING AN OPINION. I don’t know my expressing opinions causes so much agro. like,, I respect people’s opinions more than my own, tbh. I know, I don’t know how it works either.

note to self: STOP GETTING SO DISTRACTED.

These relationships give the  me hope and make me not want to go wither in a cave and die all alone.

I ship these guys as much as I ship me and chocolate. Which is a serious thing. #WISSA.

This is just a freaking great pairing.

ALSO I WISH THAT JACE COULD MEET WILL IT WOULD BE THE BEST THING ON EARTH.

Well ha I do. they’re just all smols and I just want everyone to be happy. Like,,,,,,,, in Lady Midnight I screamed so much when they arrived and CITY OF HEAVENLY FIRE when Tessa and Jem anerjngekrbgbrd;gdfnbd. I want to read their reuniting once he un-becomes a silent brother because that was another best thing on earth that I NEED TO FREAKING READ.

I know that they’re not technically together. but I think that everyone freaked out JUST A TAD when Inej and Kaz were art the docks in Crooked Kingdom and Kaz was smol and said,

IF THATS NOT FREAKING ADORBS I DON’T KNOW WHAT IS. ALSO: 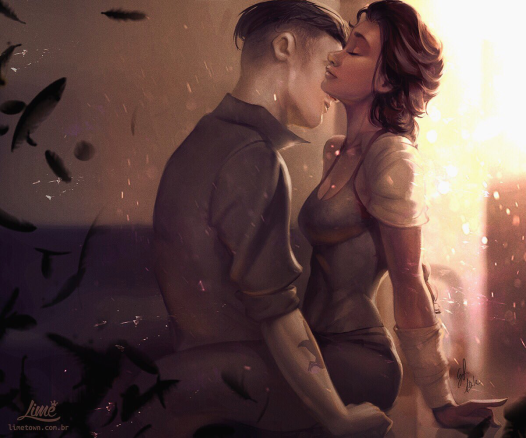 I just spent the last half hour in a huge Kaz and Inej  OTP pit on the internet and hbtfjnsdklmgbtehrnjdklmsthemk,thejnrkmlegrb what is WRONG WITH ME THEY’RE PERFECT.

AND THE DOCKS SCENE WHERE HE ASKS WHETHER HE THIKS HER PARENTS WILL LIKE HER AND THEY HOLD HANDS.

Never had holding hands been so scream-worthy.

I think that I have a problem because I want to scream about them until everyone in the world agrees, but I respect the opinions of humans.

they’re just adorably stupid and reckless and it W O R K S. IT FREAKING WORKS BECAUSE THEY ARE JUST SOSOSOSSOSOSOSOSOSOSOSOSSOSOSO ADORABLE TOGETHER ADNSFSJKNG;DDJGNFMD;BHRGJKNDFLMHTREGJNFKM;

They’re just constantly having to save each other because they’re both silly as hell and have no idea how to properly follow a plan aahahahahahhahahahaa.

also can I just add this to the post:

okay I need to stop with Crooked Kingdom and Six of Crows because now I really just want to read them again and again.

MALEC are literally the life of the Mortal Instruments.

They’re the only reason that I watch the T.V show because I actually really like that representation.

In ACOMAF they really are cute together and I,,,, THE BANTS* I CAN’T DEAL WITH THEM. They tease each other it’s adorable.

*EW I HATE THAT WORD.

NGL, in ACOWAR things changed between them and the relationship wasn’t quite the same and I didn’t like it as much as in ACOMAF, but stilllllll.

WHY. THEY’RE SO CUTE.

AND NOW I WANT THE NEXT BOOK EVEN MORE. WHY DO I DO TJIS TO MYSELF.

16 thoughts on “SOME OF MY FAVOURITE BOOK ROMANCES THAT ARE SO SMOL AND ADORABLE AND MAKE ME WANT TO NOT DIE ALONE.”