ALSO before I start ranting, can we just have a mini cheer for the fact that I got to my Goodreads target??? Last year I only manages 36 books, and I’ve just gone and smashed 40 which is like loads for me!

As you may, or may not know, a while a go — okay not even that long ago — I wrote a pretty ranty And post about my Writing Struggles™ (which you can check out here if you want #bad at self promo) and LOOK HERE IS PART 2.

I’m feeling a bit like a trodden-on-potato at the moment, if I’m honest.

Things have been going on at school, and as well as having to prepare for my exams, I’ve lost my friends. No, I know where they are, we’re just not friends any more. It’s a long, and tearful story, and multiple people have told me to not think of them, and cut them out of my life, and that they don’t “deserve” me, but I just don’t know what I did. People tell me that I did nothing, but I must’ve, and I can barely think about anything else.

What also makes me sad is that as much as people say that I should cut them out of my life, they aren’t the ones with anxiety thinking over who they’re gonna sit with at lunch, what people think of them (I’m sure they do that too though). They aren’t the one who has lost their friends. Again. It’s happened before, and a part of this all just makes me feel like I’m not able to be a good enough friend for people to want to be friends with me for very long.

And I’ve lost all motivation to do anything, including revising for the 17 exams coming up in the next 2 weeks.

And I’m scared about what they’ve told people, and that I seem like a bad person to others, I’m scared they’re talking behind my back.

This is kind of a sad topic and I kind of want to delete it.

In the previous post’s comments, a lot of people suggested that I try and write some poetry. Annnnnd. I started writing some the other day. Like a week ago??? IDK IT’S NOT BEEN THAT LONG.

WHICH TERRIFIES ME OKAY? 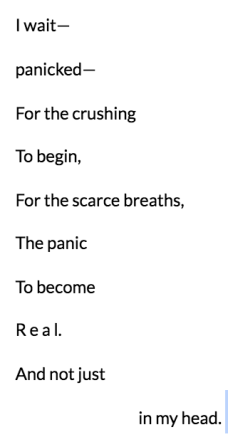 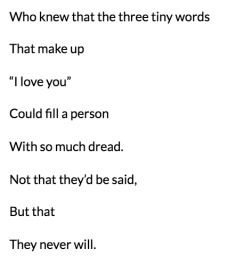 SO YEP THAT’S IT.

*Runs away some more*

So I am in a reading, writing, posting, revising slump.

To be honest, I know why I’m not posting that much. Every time that I post, I feel guilty. Guilty that I should be spending all my time studying, even though I know that everyone needs a break from studying.

BUT I’M NOT EVEN STUDYING THAT MUCH TO RQUIRE A BREAK.

I’m not reading loads (SHE SAYS, AFTER READING A BOOK A DAY FOR THE PAST TWO DAYS), because again, I feel like I should be studying. AND

I’M PUTTING OFF THE RAVEN KING BECAUSE IT CANNOT END. HE CANNOT DIE. IM NOT EMOTIONALLY READY.

The writing slump. . . who the flamingo knows???

And the revising slump. . . I’VE JUST LOST ALL MOTIVATION. I have so man subjects to revise for, and the only one that I’m mildly interested in revising is History, and only because I know that I have 7 books of content to get through before the exam AND THAT IS STRESSING ME OUT.

Whoops. Did I mention that these are MOCK exams?????? “SO WHY ARE YOU STRESSING???” I hear you all call.

As I said before. I’m a trodden on potato.

Can someone please shed some kind of light on some of this stuff? What did you honestly think of my attempt at poetry? What do you think I could do to be more motivated? can someone just yell at me to go and study? Can someone just study for me? How do you study, ie flashcards, mind-maps? Let me know! Please.