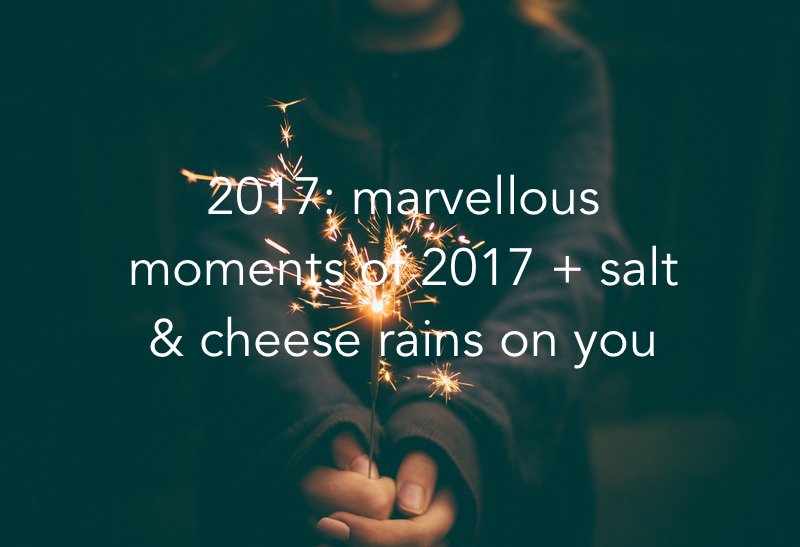 Have to admit, sometimes I wanted to carve my eye out with a spork, but there were some good moments, right?I’m pretty sure.

I mean yes, there was a orange crisis in America, where they also ran out of fake tan, BUT there were good things like. . . aliens didn’t take over the world! The sun didn’t explode on us! All is. . . well?

YES IT IS OKAY WE WILL CONTINUE TO SAY THAT THIS WAS A GOOD YEAR.

Let’s all just take a breath and let me tell you why 2017 was a good year for me. Because, obviously, I am the one and only queen, empress of the galaxies and your life revolves around mine. Again, some people may say I “exaggerate”. I do not.

For one, I hit my Goodreads target!while this was only a smol target, I’m really happy that 1) I actually completed the target and 2) I read more than last year. I read 36 books last year (I knowwwwwwww, not very many (mainly bc I started the challenge in like, June) ) and I managed to get to 41 this year, and I hope to exceed it further!! (but The Raven King is killing meeee!!) 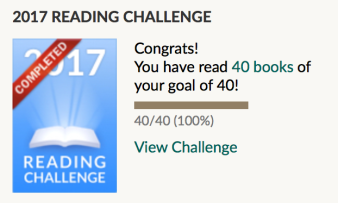 I also got to 1000 followers, and celebrated 1 year of blogging!

So my official 1 year is January 7th, HOWEVER, I did’t officially start blogging until the AUGUST of 2016. So, technically, I have 2????? BUT STILL. A year!!!! How crazy!! I never thought that in a year of blogging (NEARLY 2!), it would become such a large part if my life, and, that I would even make it this far!!

And guys!! 1000 followers!! I know that numbers don’t matter and all, BUT 1000?! It’s crazy and THANK YOU so much againnnnn because I never thought that it would happen to my smol blog! I’ve managed to get to know so many wonderful people that have been so AMAZING and supportive and I love you all so much ❤ ❤ ❤

Mate, pass me a lammington so that I can eat my feels.

I visited the TOWN OF BOOKS!!

While in Wales, I visited HAY-ON-WYE which has a total of 18 book shops!! Some secondhand, some new, some a mix of the two. Now, obviously, once I recovered from my shock induced spell of unconsciousness, I traipsed around the entire place, my mouth  so agape in awe I was ready to consume Niagara Falls as a source of rehydration.

WHY COULDN’T I STAY THERE. Honestly, why tho. stupid school, making me come back here. urgh.

SOMEONE PASS ME WATER I NEED TO HYDRATE AFTER ALL THE SALT.

The latter is very recent, only in the past week or so, BUT STILL!! IT COUNTS!! And if you really want to hear about it, you can check it out here because I’m really bad at self promo and this isn’t awkward at all as I link to a former post, nooooo. . . . 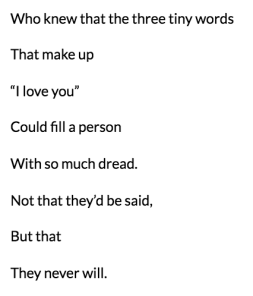 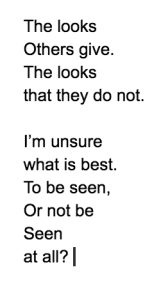 And poetry!! I can’t believe that I actually shared this on my blog because it’s so atrociousBUT PEOPLE ARE SO SWEET AND ENCOURAGING!!! Again, I love you guys ❤ ❤

Also I can’t believe I shared it because some of it is just genuinely words carved into salt and actually is. rjgnfkjgndfk my feelings.

I don’t just mean in terms of appearance (thanks again ilsa!), but the quality(????) of my posts, and also, I think that I managed to find a writing style that’s more, me???? Idk, it just feels that I’m more myself now when I blog, more laid back / extremely intense shouting sometimes looooolllllll, and literally the definition of “chatty”.

Alsoooo quick reminder: my blog survey is still up!! you can do it hereeee pretty pleaseeeeeee??

I got to know so many marvellous people

What are your highlights of 2017? Did you reach some milestones? What happened this year for you? Did you read your Goodreads? What brilliant books did you read? Any new favourite series?? Are you glad to be done with 2017? Let me know!

(also, creds @ literally all the bloggers doing wrap up posts of the year that inspired this post!!)

Book Reviews and Other Bookish Things

a literary and lifestyle blog

Reviews, Discussions, and All the Things in Between ♥

Shelfish For Books
That Binge Reader

one bookworm, a thousand stories

"I live in two worlds; one is a world of books."