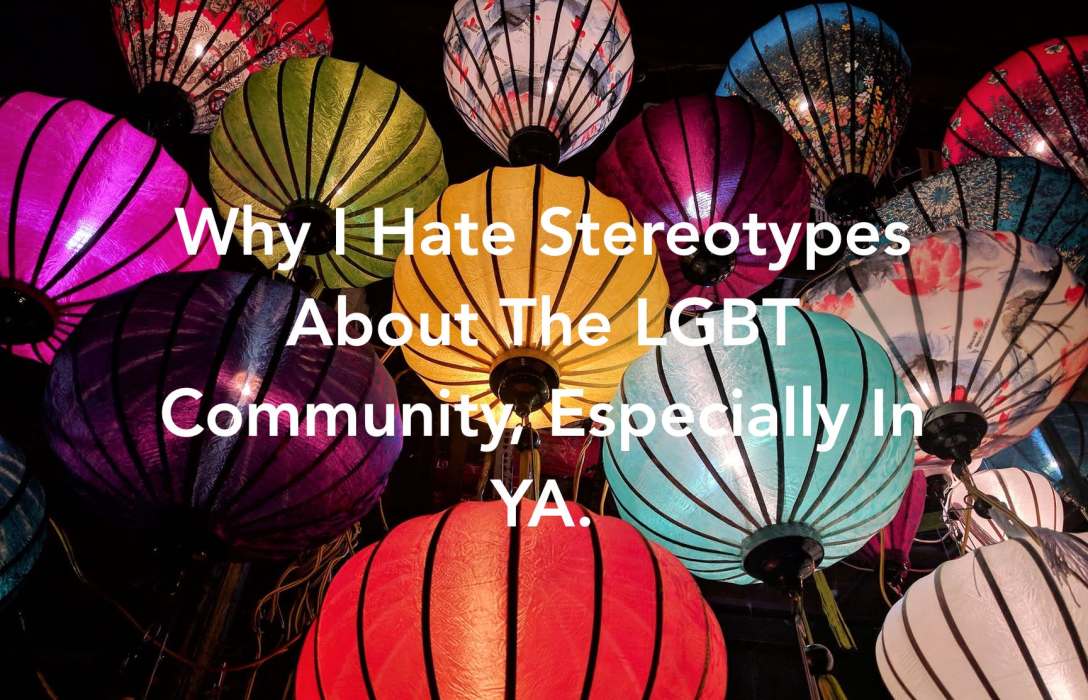 I know that I like to talk about how amazing being gay is on my blog.

But being gay isn’t what’s amazing. It’s the fact that being LGBT+ is more and more accepted, and it’s the freest feeling in the world to be able to talk about it.

Being LGBT does not = amazing life.

being LGBT does not = everything about a person.

Just for your information, I am pansexual and gender-fluid and it’s not something that I’m all okay with. It’s not like I was born as a bucket of self-esteem and self-love. We’re not programmed as amazing and full of confidence at birth. Believe it or not, sometimes it’s hard to accept yourself even though you accept and support others.

Recently, I’ve been feeling more and more how life is a constant coming out experience. To quote Simon Spier: “Why is straight the default?” As I’ve moved to a new school to college, I’ve come out to my old friends which I felt was a task that I was both happy and indifferent to. Sure, it felt amazing to say it. But, why should I even have to in the first place? Why should we all have to? Why do so many people just assume?

I don’t know if it’s because I’m gender-fluid and the number of stereotypes that have been planted in my brain about what I’m “meant” to do as a gender-fluid, but I always feel like I’m not gender-fluid enough, as though there’s a way to quantify how gender-fluid you are, as if dressing in “girl” clothes takes away that fact. Like the fact that I wear makeup and have long hair isn’t enough. When it is enough. It doesn’t negate my gender-fluid-ness.

But that’s what is in my mind, and it’s a toxic thought. And the world is drowning in these toxic, stereotypical thoughts. And it’s tiring. Constantly wondering: am I enough because I don’t fit this ‘norm’? Conform to this stereotype and that stereotype?

So now, I’m going to talk about my biggest issues with stereotypical LGBTQ representation. Because honestly, it’s toxic to present these kinds of things because it can make young (or older) LGBTQ+ people feel inadequate and that’s not OK.

We don’t all go around talking about being LGBTQ+ like we’re poster children promoting it.

None of us in the community have a duty to talk about sexuality and/or gender. Obviously, it’s great to have a discussion!! But, just because someone is LGBTQ does not mean that they are talking about it 24/7.

but what I really really hate in YA is when there’s an LGBTQ+ character that only really talks about being gay. because!! that’s not all we have to say?? I especially hate it when it’s a side character, like the only real thing about them that’s presented is that they’re LGBTQ+ because it’s not some token thing that you can just add in to increase the amount of diversity in your book.

Being LGBT+ could possibly be one of the most boring things about us. Honestly, it’s just a small smidge of who we are.

This leads on from my first point. Not to toot my own horn, but I’d like to think that I’m a pretty interesting (or at least strange) person. There are many more things about me than the fact that I’m not a “girl” or a “boy” or sometimes I feel like I am or the fact that I’d kiss anyone, not limited by their gender.

There are so many more things about me. I really hate it in books when a character literally has an empty trashcan of a personality, but oh look, they’re a rainbow trashcan so it’s all ok. THAT’S NOT HOW IT WORKS, OK?

When I read about a new character I want to know whether or not they drink tea if they’re a dog or a cat person, what their pet peeves are, whether or not they think superhero films are an utter waste of time or not, whether they used to make mud cakes when they were smaller. If they’re LGBT+ or straight/cis.

If you got a boring straight and cis character there’d be complaints, but if they’re not cis or straight but still boring as a white wall, nope that’s fine somehow?? like no.

I think that this point is pretty much self explanatory. It’s just generally Blergh to see in books.

Being LGBT+ does not determine anything about our personalities.

Not everyone that shares an identity within the LGBTQ+ community is a collective organism and all gay people like salt and vinegar crisps and all bisexuals prefer quavers.

Being lesbian does not = “butch”

Being gay does not = “camp”

I genuinely hate words like those because they’re said in SUCH a derogatory way. When lgbt people are presented this way, it’s just so… lrigjlidgnrdjkgn.

More things go on in our lives than coming out.

this is a topic.

while life feels like a constant coming out like I said in the intro to this post, that’s not ALL there is going on in our lives. I hate it when books are ALL about the coming out. Not ever LGBT romance needs to be a coming out. why can’t it be normal to be lgbt? (thinking back to Six of Crows and the gay ship that made me feel alive because them being with someone of the same gender wasn’t turned into a “thing”, they just fell in love)

Yes, I think that it’s amazing that they come out, but I think that now we need to shift the focus onto why do we need to come out in the first place? I think that’s what’s so brilliant about Simon Vs. The Homosapiens Agenda.

Yes, he comes out, but the book tackles a lot more messages apart from it’s okay to be gay, it’s not a wild thing. For example: “why is straight the default?”

Why don’t we see more in books about how it’s TIRING to deal with the straight = default mindset? How tiring it is to constantly have SOMEONE to come out to. How ‘coming out’ in general is seen as such a “big thing” to the entire world when sometimes, it’s not, it’s who we ARE, like being LGBT is a “big thing” when it’s just… part of us. (but yes, coming out is scary for a lot of people because of fear of judgement/hate/being treated differently)

IT IS NORMAL TO BE LGBTQ!!

When “coming to terms” with being LGBTQ you can often feel like another species, YOU’RE NOT. You can feel like a penguin walking amongst a herd of cows. But you’re not a penguin, you’re a beautiful, beefy cow too. (bad analogy) (amazing analogy)

There is no “ohh look another one of my species” radar that shoots out sparkles and rainbows in the presence of another LGBT+ person. (even though that sounds pretty amazing.)

It’s not a “big thing” to be LGBT+ even though sometimes it can feel like the biggest thing in the world. Being LGBT+ does not shut you off from the rest of the world (apart from the LGBT+phobes). It does not make you any less deserving of any opportunity.

I ADORE books that treat being LGBT as NORMAL. Because it is. We don’t have running commentaries that go *David Attenborough voice* “and here is a wild pansexual, roaming the streets in search of the nearest waterhole, the infamous Café Nero lake.”

21 thoughts on “Why I Hate Stereotypes About The LGBT Community, Especially In YA.”