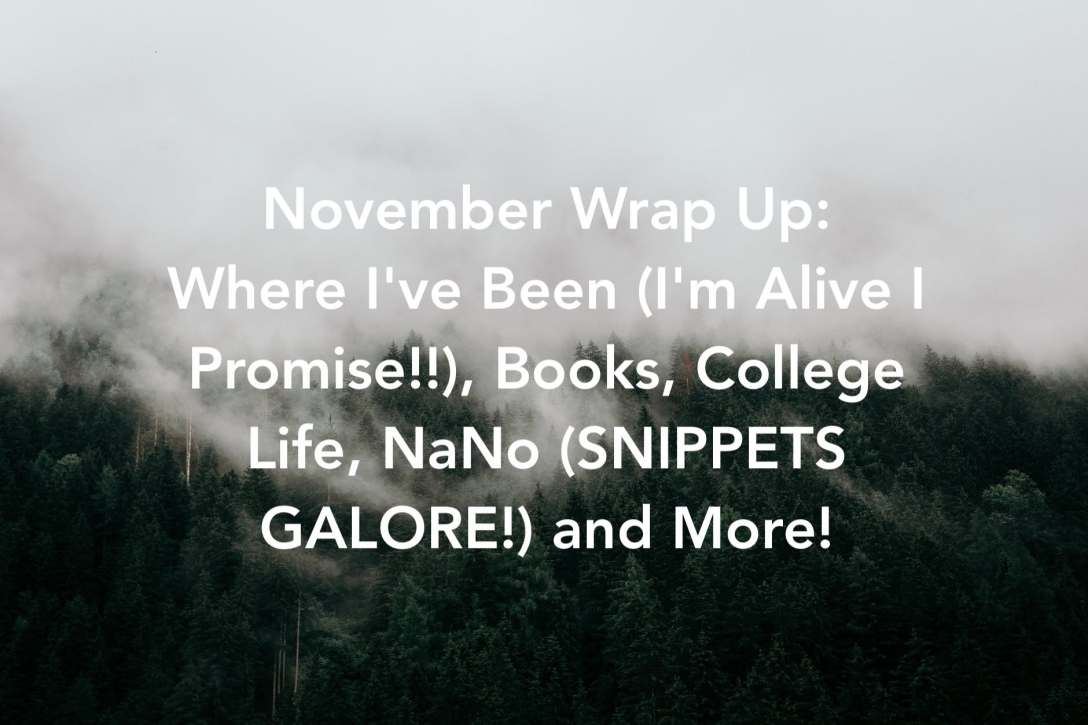 I’m pretty sure that even though I said I was back… i just kinda… forgot??? to blog?? (don’t hate me pls). SO HELLO, RARE CREATURE THAT STILL READS MY POSTS!!

I’m SO aware that I’ve been super distant from everyone on here recently and I feel SO bad for that. Just know that I love you guys and I’m hoping to try and get back into the habit of being online more often in the new year!! (gah it feels so strange to say ‘new year’!!)

So without further ado, I’m just going to fling myself into this (super super late) wrap up!

TO ALL THE BOYS I’VE LOVED BEFORE:

OK. so the characters annoyed me a LOT but the character ARCs were SO there and I was SO there for that. I found Lara Jean the taddest bit naive at the start, but, as i said, character arcs!! THERE WAS SO MUCH BANTER AND WIT! And! So many cute moments too that wasn’t cheesy!!!! I kind of what to read the next one??? But I’m not 1000% sure (at the moment)

what a FABULOUS read. This temporarily ended my slump and I read it in LITERALLY TWO SITTINGS??!?! That has not happened in FOREVER. I was so worried that this book wouldn’t live up to my expectations because the last book was so good BUT I WAS NOT LET DOWN IN THE LEAST!!! I was getting whiplash from all the plot-twists!

i know that I haven’t read a lot but i really liked these books!! I still have to read 4 books to get to my end of year goal of 40 books, which I don’t think that I’m going to make because there are only two/three weeks to go!!! 40 IS NOT A LOT for many people, but tbh it’ll be a miracle if I make it ahahaa bc of not reading anything in October or anything for the latter part of November! (I think that poetry collections are going to save me on this one aha)

So I SLIGHTLY underestimated the amount of work and lack of free time that I would get in November. I did plan to write about 40k and I only wrote 30k BUT.

I think that NaNo actually went really well for me and I’d consider it a ‘win’ even though it’s technically a ‘fail’ b/c I didn’t get to 50k/my goal. BUT. I think that it’s a win because I actually went back, changed a lot of my story and it’s so much better now. It’s way more thought out, there’s better pacing, and I just generally feel like it’s improved.

It’s nowhere near finished, or perfect, but I can personally see development and that was my MAIN goal for nano. Yes, it sucks that I didn’t have enough time to write loads more but I’m really happy that I was able to get a beginning that I’m much more proud of!!

unrealistic aims for (the rest of) december:

how were your novembers? (this is such a late question to ask!!) what have been your plans for december? have you already read some amazing books?? CHAT WITH ME ABOUT THINGS!!

18 thoughts on “November Wrap Up: Where I’ve Been (I’m Alive I Promise!!), Books, College Life, NaNo (SNIPPETS GALORE!) and More!”