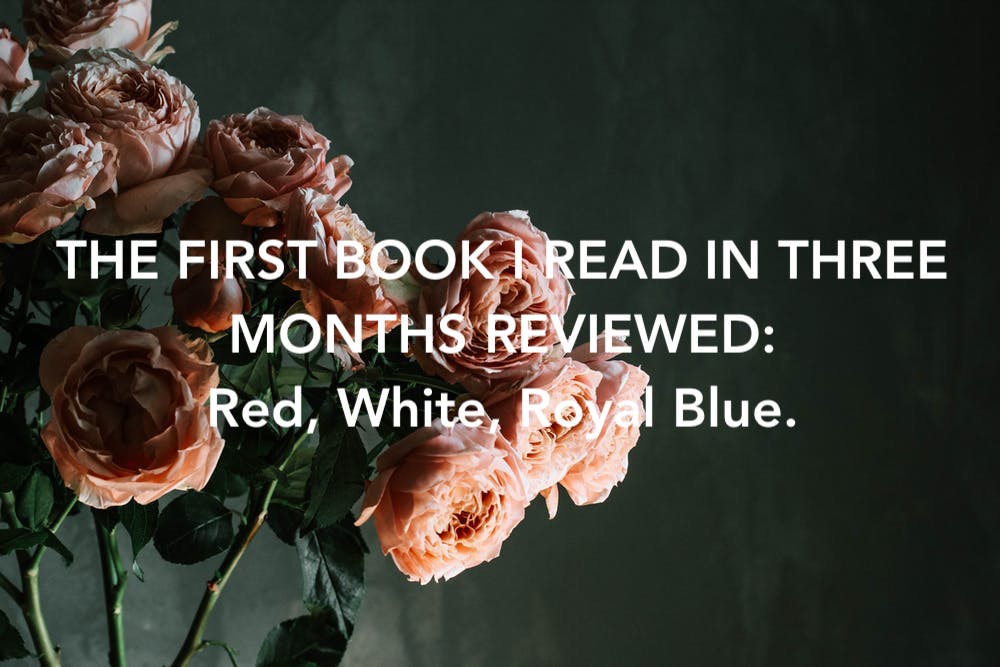 so what a time.

i read a book, let’s celebrate.

we all know i struggle with things in life, let alone reading a book. LET ALONE REVIEWING IT IN UNDER 2 WEEKS?

honest to god, this was the first gay book that i came across on twitter AND goodreads when I emerged from under my rock last week (2 weeks ago now). and so? i thought, let’s read that.

did i actually read this book in less than 2 days?

crap that can’t be the end.

how do you write these things, i can’t remember.

welcome, to this mess of a review.

I LOVED THE PEOPLE.

I thought that they were all absolutely hilarious!!

“…his face is still infuriatingly symmetrical…”

“he’s too perfect. Alex wants to poke it.”

I liked ALL the characters that were MAIN characters.

The ‘Queen’ was ew and gross but she was meant to be and there was this other guy that I didn’t like BUT YOU WERE MEANT TO NOT LIKE HIM. He was meant to be a toss pot and the author very. much. succeeded. not like i wanted to kill that character or anything. no.

*COUGH* apart from that they were all dainty daisies and i wanted to preserve them forever. ALL SO WITTY AND CUTE. Even the non-gays. which, you don’t hear (read?) often on this blog. like. ever. (okay maybe I’ve said it once)

THEY DIDN’T ANNOY ME! which is rare, if i’m honest. I can barely look at a room full of people without feeling rage, so this was good! they were all INDIVIDUAL. they all had SUBSTANCE. They weren’t half-baked versions of people that were some-what funny.

Henry is such a DISASTER GAY you cannot believe. He’s channeling his inner Baz and is just a DISASTER.

yes! the friendships were nice and HUMOROUS and there was no iffy love-triangle-‘omg-i-suddenly-love-you’ things occurring so that’s YET ANOTHER BONUS.

AND!!! the ship/couple/rideordiepair/myjellybeans were really cute!! and their relationship was also funny and a hate-to-friends-to-love WHICH EXCUSE ME I WANT MORE OF THIS EVERYWHERE.

LIKE. I’m banning all ‘shippy’ books that aren’t hate-to-love from now on. banned. all of them. must have:

otherwise? no publishing for YOU MATE.

Kind of reminds me of carry on. ‘HE’S PRETTY SO I HATE HIM. PURE HATRED…’ sure honey, you live in your land of denial.

and of course I cannot find any books that are love-to-hate that are GRABBING me at the moment… so. the world is ending.

I think that it was slow-ISH to begin with? but? I DID NOT MIND? I pretty much read this in a weekend. (no pretty-much about it; i did!) and that shows that THIS GURL WAS NOT PUTTING IT DOWWWN!

Honestly? it’s gonna be one of those guilty-pleasure-reads-but-i-don’t-feel-guilty.

There were just so many WARM-HEARTED fluffy feeling-y-moments and so many witty, angsty, heartbreaking moments too anD THIS BOOK IS A ROLLER COASTER AND I RECCOMMEND IT (A LOT IF YOU COULDN’T TELL)

ALSO, AMAZING SIDE-NOTE: there are oh-so-not-subtle HAMILTON references and that shit makes me so gay (in ever sense of the word!) b/c i love that shit to the moon and back. So that? in a witty, sarcastic book?? that’s GAY? sign me the HELL up.

You have to read this, you no longer have a choice.

[Another spread inspired by @amandarachlee ] I love the monstera theme so much!
I don’t post regularly on there AT ALL, I know. But I like having this account just to put out whatever I feel like even if I know not a whole lot of people are going to engage with what I’m posting. It’s not about that.
March is one of my FAVOURITE spreads of the year (inspired by @amandarachlee ofc) and I literally spend ages just looking back at it & appreciating the spreads & realising how different life was back then. -
Forever rearranging my plants 🌱 🥰 next weeks spread, which will hopefully motivate me to actually move my body... we’ll see ... 🥴 #bulletjournal #bujo #bulletjournaling #bulletjournalideas #bulletjournalinspiration #bulletjournalcommunity #bulletjournals #like #lifestyle #blogging #bookstagram #booklover #life #planneraddict #plannercommunity
This weeks spread 🥰really loving less planning space (considering I have nothing big to do) and more space to write about stuff happening on the daily ❤️ honestly it’s been a horrible start to the week, but it’s on the up 🥰 hope you all have a great rest of the week
118 pages into emergency contact and I am LIVING FOR IT.
the wordy habitat